How does one measure the success of a revolution? 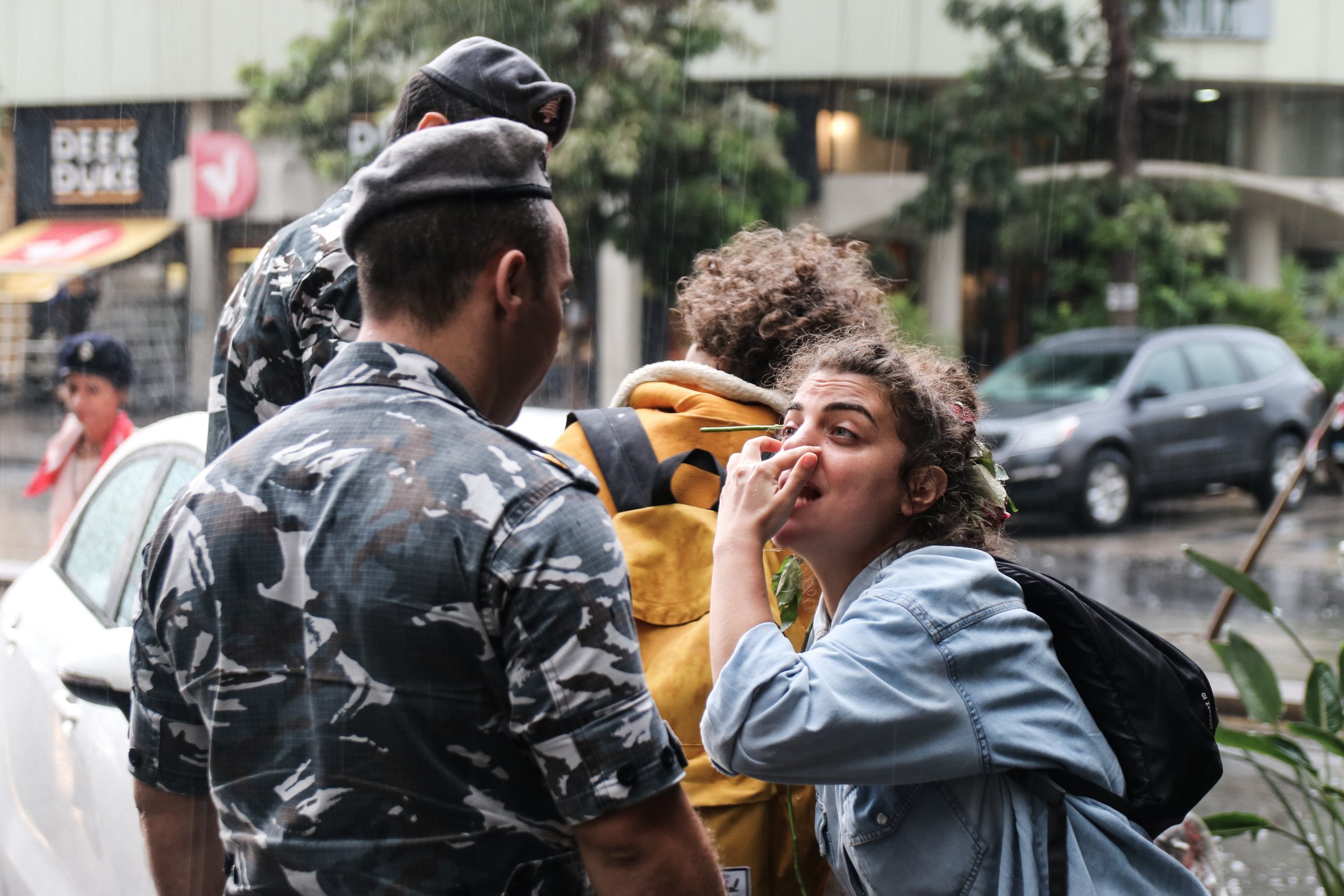 In this photograph by Lilian Mauthofer, we see a woman* in the foreground who is in verbal confrontation with a soldier. Her facial expressions and gestures express anger.

The revolution in Lebanon – the so-called Thawra – began in October 2019, ultimately provoked by the announcement of a tax on WhatsApp calls. This led to an immediate furore, as telephone services in Lebanon were already very expensive before. This tax increase is just one example of many in which government-affiliated companies with a monopoly are driving up prices. Thawra protesters are demanding an end of corruption with a new, non-denominational government. They also demand equal rights for women, access to clean water and reliable electricity service. Revolution in Lebanon means crossing borders, breaking taboos and risking governmental repression.

In response to the protests, the head of government Saad Hariri announced his resignation on 29 October 2019, about ten days after the start of the revolution. His government had been in power since the end of the civil war in 1990. But the protesters were not satisfied with the resignation of the government. They did not stop protesting and demanded a new government as the next step.

The revolution is not limited to the capital Beirut but affects the whole country. After a protestor was shot by a soldier, there were violent clashes with the military. In order to calm the population, former university professor Hassan Diab (a Sunni Muslim) was appointed head of government on 19 December, who was supposed to form a new government. However, it took until the end of January until a new government was appointed.

Some continued to demonstrate, some are waiting for the new government to take action. Yet, for the people the situation continues to get worse and protesting has become even more difficult, because the economically and politically weakened country is currently being hit very hard by the Corona crisis. Lebanon is in a severe economic and banking crisis. There is a lack of food, clean water and medical supplies. More and more people are losing their jobs and homes.

Since the shutdown due to the outbreak of Corona, the streets have been empty due to a strict curfew. But the protests have continued digitally, and some revolutionary groups are organising networks for Corona help and are for instance involved in distributing medicine. Since April, the revolution has been restarted on the streets e.g. with cars or in compliance with social distancing regulations in order to fight tirelessly for a better future even in times of pandemic. The Thawra, regardless of its success or failure, has so far brought people together and contributed to a strengthening of community and solidarity.