In which different ways does protest work? 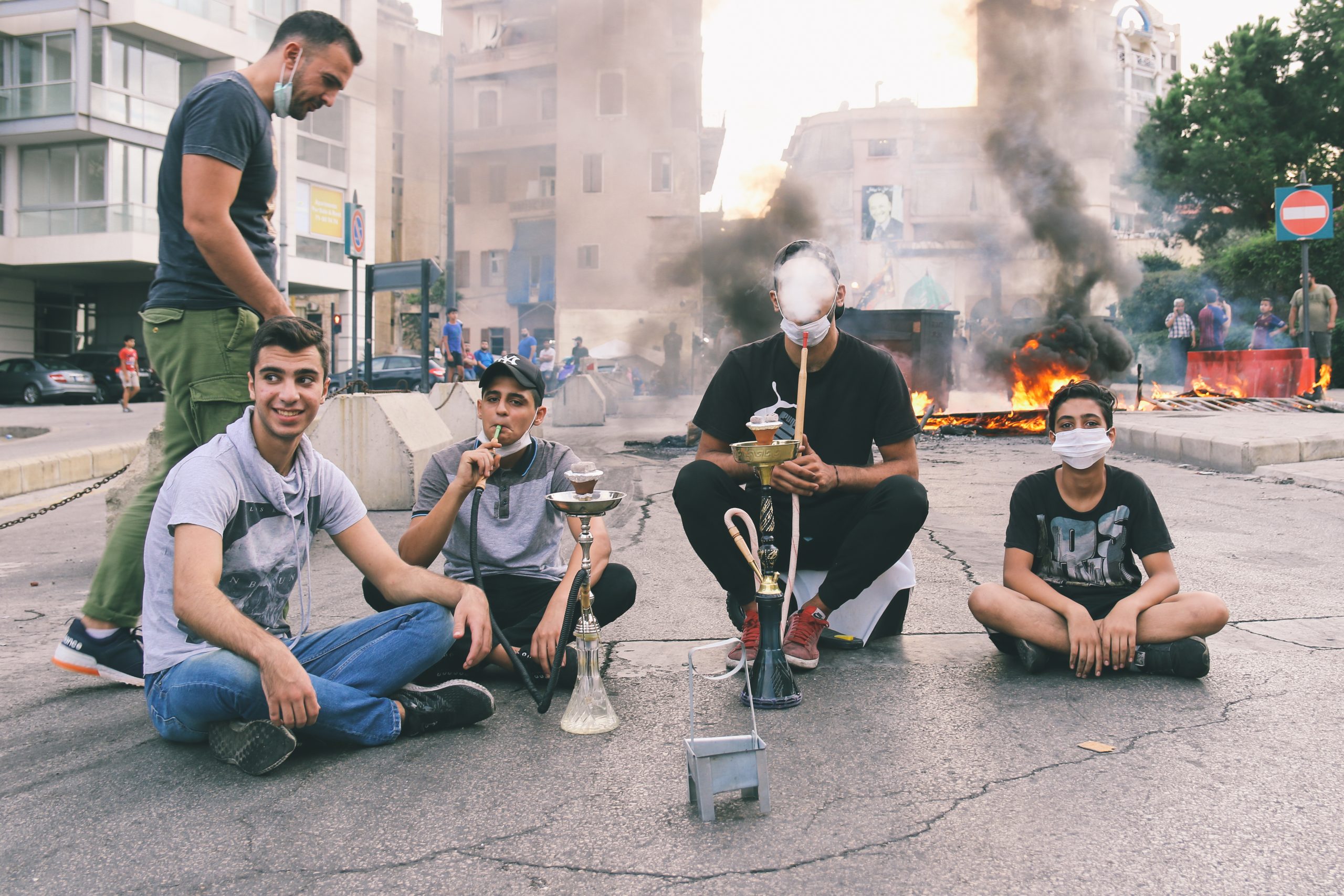 A group of shisha-smoking teenagers is sitting in the middle of a street. The lines of the broken asphalt lead our gaze towards a burning road blockade. There are only a few flames left and dense, dark clouds of smoke rise. Only a few more people can be seen in the background. Hours before, the picture might have looked a little different, when people crowded closely together through the streets of Beirut and protested loudly.

But in which forms does protest work? The population protests against certain events and conditions, such as political decisions or social discrimination based on origin, gender, sexual orientation or religion. Protest has many faces – and it can escalate from rallies, happenings, sit-down blockades, mass demonstrations to a revolution.

In the large demonstration processions on the streets of Beirut, people of several generations gathered and unitedly waved the national flag of Lebanon. In the middle of the flag is the Lebanese cedar – a symbol of peace, brightness and eternity. In the large squares of the cities, such as in Tripoli and Beirut, loud music was played from boxes that had been brought along. Some women used belly dancing as a form of expression of their protest. This provoked sometimes strong criticism in social networks, where the open and joyful attitude and its public expression was criticized.

But women* in particular play a special role in the protests in Beirut. They fight on the front line and at the same time ensure that the protests are as peaceful as possible. In the first few nights there were violent clashes between male protesters and the military. The women decided to intervene. From then on they formed a sort of protective wall between the split camps and led the protests. This behaviour laid an important foundation for the further course of the Thawra in October.

In addition to the mediating role, women* also continue to take on the care work. For example, they clear away the rubbish after the demonstrations and take turns in childcare. In these cases they loudly practice protest from windows and balconies with spoons and pots.

But when are protests successful and what influence can they have on political decisions? Many factors play a role in this context and they often are in danger of fizzling out, not least in times of the Covid 19 pandemic. But the protests in Lebanon continue.